Back To Front To Back

I just had to pinch this from Dave Mac's Viral Video when I saw it. The cheeky Irish presenter chose this recently (I follow his virals most day - why not do the same!). Made with wonderful, cheesy grace and a bit sick-bucketty for my usual liking, it has a fascinating new spin to palindromes. It's just over a minute long so please view it in full.

I'm already getting tetchy with my house colour schemes. Not the kitchen. I'm not in there an awful lot, probably mostly to shoo Simon (my ginga cat) from the worktops. He costs me a bomb in anti-bacterial wipes and I be a liar if I said I've never eaten a sausage that didn't have an elusive cat hair on it. Mmmmm - maybe just the once. But since the kitchen is definitely NOT my area I couldn't give a shit what it looked like.

The sitting/living room's colour I only changed 3 years ago and I quite liked the subtle shades of cream and green but time has shown that despite growing up, boys will be boys, and going pastel was a bad choice. They still play football, they still hold on to the wall next to the phone (while one hand is stuffed down their kex making sure that their bollocks don't fall off...I HATE THAT.....) after playing football, and so on.....!  So things are getting a little bit on the grubby side in some areas. I tried painting over but the  test patch is a lot darker with an extra coat. So I've decided a change must come about soon. There is one rule I must follow with trepidation....and that's not to be sarcastic to my helpers. Some years ago The Cheaper Half painted the whole of the hall and staircase in bright pink before I got home from work and it was a bastard trying to calm the colour with others so as yet visitors are meeting me at the door with a blast of shocking pink. Even those with dire news.

So what ruddy colour scheme do I go for now? Or should I just buy myself a bottle of vino everytime I sit there and feel mad at the radiators for being the only things still in their birthday suits. Or maybe if I pale it enough myself  I'll blend into the colour scheme and fuzz myself out......
Posted by Helena at Tuesday, March 30, 2010 3 comments:

I never thought I would be making something of it, but I really am pissed off at spring for being late. Not just a couple of hours late but at least a month. The sub-zero temperatures over the festive season is to blame. Normally by this time, a few little changes occur eg :

The cats want out more now daylight is expanding.
My taste buds stop craving hot steamy soup.
PrettyBoy brings me home a traffic cone filled with daffodils from his night out.
I've well chosen what kind of Easter Egg I want.

I'll be spending some long overdue time with KrazyKek and my twin sister, Migi, at the start of May and methinks I'm gonna have to actually pack a cardi or two then. Compared to Scottish temperatures at the same time of year, I usually get by with tops and no jackets in London.  KrazyKek (see sidebar for details!)  moved into her new show flat with her husband around a year ago, and refuses to take any indoor shots for me to see. I have to do that with my own eyes and my own camera!  My only concern is that I really don't sleep too good in strange beds and surroundings, whereas my twin can sleep upright and anywhere. Over KrazyKek's wedding period, I never slept for 3 full nights not even with the comfiest bed. But I survive and am really looking forward to it. Just time for me and the gals. And a few suburban daffodills. Vases variable.
Posted by Helena at Wednesday, March 24, 2010 5 comments:

I've been drawn to do these meme thingies on WLL, too. While perusing through my blogroll I came across a fantastic twist to it in Wildernesschic's blog http://rujon.blogspot.com/.  And here are the simple rules.

I'll not tag anyone in particular here, but keep it in mind or give it a go.  And thank you Wildernesschic, for the resurrection of this old snap. It was in a folder I had planned to make a slideshow of,  for PrettyBoy's 21st  but alas never got round to it in time....it's still on the cards though!

Just a simple one really of my husband, Trevor, posing with our first born son once he got the hang of smiling and projectile puking.  Poor little might must have been affronted with dad's hair here - and learned the art of baby laughter soon after. 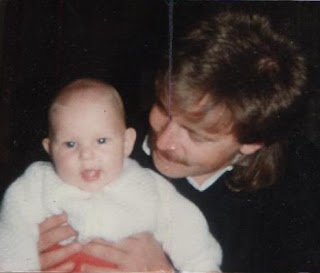 I quite like Mother's Days. If only to see if the amount of reminding my sons of this day their father gives them beforehand actually sinks in. It usually does and GingerNut was so prepared he'd bought my card and gone and lost it before today. So I wouldn't miss out, he made a very quick replacement before his band practise. It comprised of thus:

Front cover:     big letters with Happy Mother's Day, a million kisses and a bubble at the bottom saying: "that was tiring"

What an impromptu card to receive. In pure unadulterated GingerNut style. How will I break the news to him that I want cremating...me and all my oak and pine things alike...?
Posted by Helena at Sunday, March 14, 2010 10 comments:

Two sure-fire things that appalled PrettyBoy in the past? One was a shopping trip with me and the other the mention of breastfeeding. Two things that he pretty much couldn't avoid at certain points in his life. Used to like both if I remember correctly up to certain ages, of course. Now the thought of shopping with his mother (again) has lost it's horrific value and he quite likes the dastardly deed.  GingerNut, on the other hand, has never shown any repulse at being seen out with his mum and quite happily tags along.

Anyhow, me and my two lads decided we'd make a day of it in Stirling. That way it reduces the chances of being seen in our own town and lets us enjoy our day without possible interuption from bumpers. It also gave me the chance to look for other ideas for my best mate's birthday pressie, too. Oh, and a quick liquid refreshment, to boot. GingerNut passes for 18 in pubs these days and staff rarely complain if the pub's quiet and he's with his mum.

After a quick scour round the shops we decided that a certain perfume set for Liz was ideal. Got the green light from the boys (mind you, PrettyBoy would probably have agreed to Fairy and a pair of Marigolds by this time, coz when I comparative shop I do a bloody good job of it!) quite literally.

Liz has always unashamedly liked Westlife. Those cheeky-chopped Irishmen who have stolen the hearts of many a menopausal older woman (I quite fancy one of them but don't tell her!) and now they are in their thirties, and we the sore side of forty, it no longer feels like borderline paedophilia when lusting after 'younger'  boys. But back to the 'present'....we noticed in a 'fume shop window a perfume gift box set endorsed by them. Now, GingerNut would have quite happily gone in the shop and doubled as a Jamacian- Irishman when enquiring about it, so I thought I'd make the purchase a bit more memorable. Ross and I tossed a coin and if he lost he was to go in and buy it and say it was for his boyfriend.  He paused for a bit before the flip but it slapped on his hand against him and in he went and done it!  Even heard him explain that 'Dave' likes the spray scented on their cushions! The assistants obviously didn't believe him one bit and smiley-giggled back at him throughout. But he stuck to his deal.

So shopping trips with the lads are almost as exhilarating as with my daughter. KrazyKek trails me into Anne Summers (I hate the bloody place) for a look every time she's up and you've no idea what questions she asks. Well, you probably have but between that and knocking on the bus window home at red lights to show her recently purchased goods to drivers is a little of what I'll never stay pale-faced over.  But if nothing else, I may just have made a new retail scouring friend in PrettyBoy.  While reminding him that just a few years ago, if a bag I carried hadn't a la-de-da designer or posh-twat logo on it he'd be mortified. He took one of the bags and my pen while in the pub and carried this one home. That's ma boy: 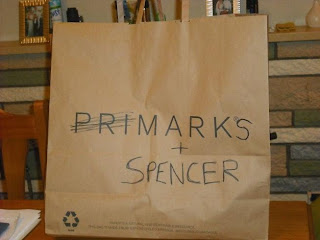 It will be a year ago tomorrow since my mother-in-law died. I'm already fearing how my husband will cope with it. Right now he seems to be doing okay and I'll try to keep him busy if I can. I'm not reminding the boys until tomorrow evening for despite them being typical lads who'd naturally find solace in their mates and put on a brave front, I prefer them to pass their educational day as usual with nothing else clogging up their mind. They may remember themselves but I'll let them say first if so.

Auld Maud (as my husband used to nickname you) it's been a tough, tough year. I only hope I can manage another one with less pressure. I'm doing my best to take care of the boys but sometimes I miss your moaning and huffing and the way you used to help me nag "Melvin".
Posted by Helena at Tuesday, March 02, 2010 8 comments: 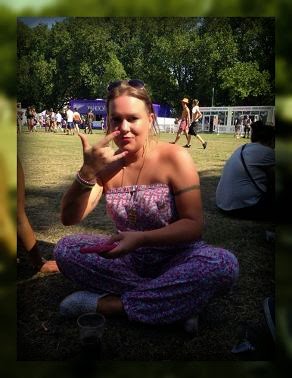 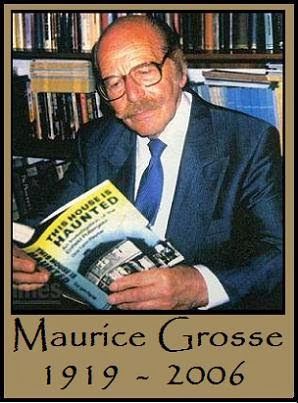 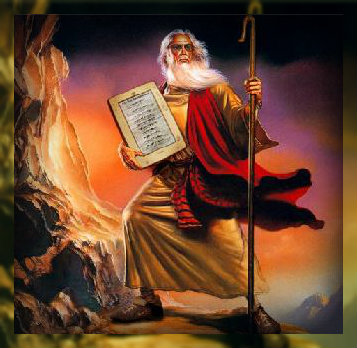 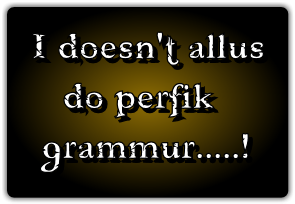 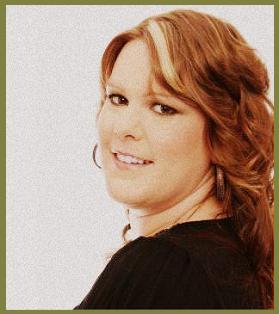 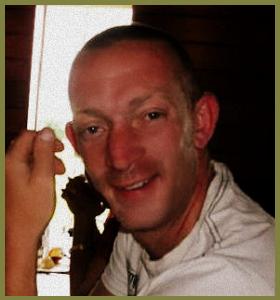 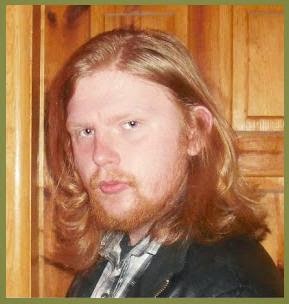 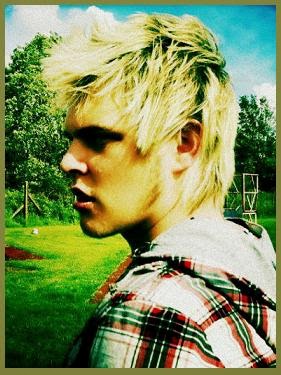 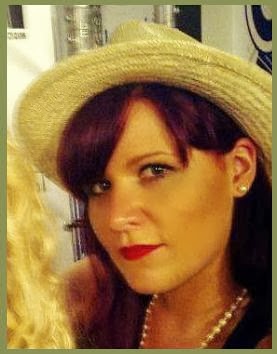 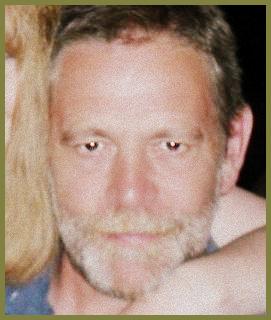 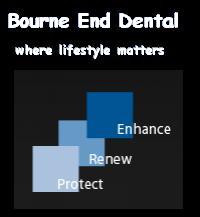